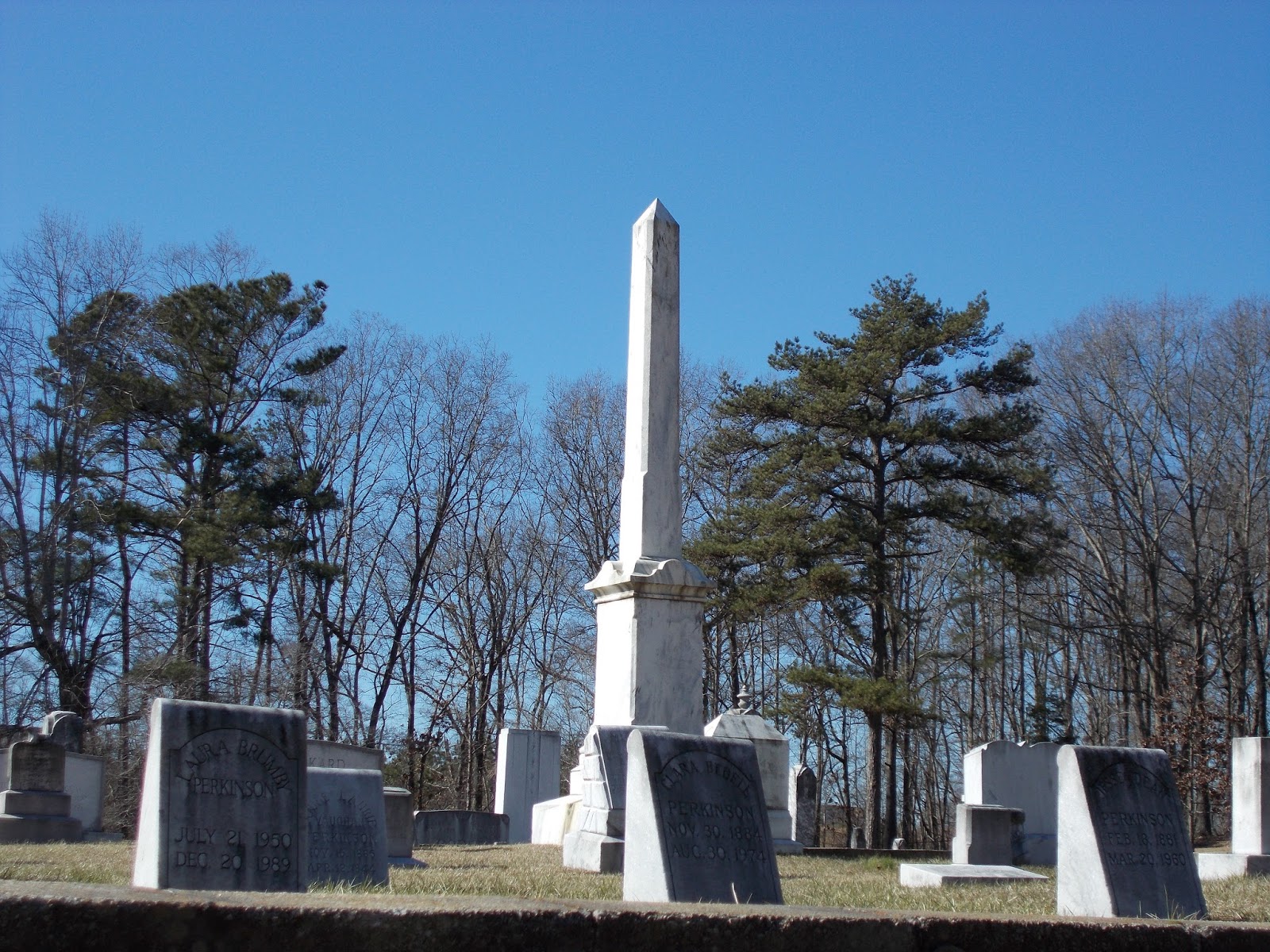 You may hear whispers on the wind if you visit Woodstock's 1838 cemetery. You may feel the pull of time. After northwest Georgia opened for settlement, stouthearted people pioneered our locale. They met rugged challenges daily. Uniting in faith, 12 men and women established Enon Baptist Church in 1837. That same year, Andrew Jackson ended his term as president and 18 year-old Victoria became queen of England.

The little church group assembled on donated land, the upper section of the larger site. Today, most of what we know came to light through research done by local historian, Juanita Hughes. The information is compiled in her book, Set Apart--The Baptist Church At Woodstock. It can be assumed that the homesteader's initial meetinghouses were basic and crude, maybe constructed of logs. Later, when a newer structure replaced one of the earliest versions, the old building components sold for $47.23 and the seats for $47.10. How we wish church minutes specified more details! From the outset of the church, graves appeared in the churchyard. Three persons with birth dates that go back to the late 1700s are buried at Enon. Passing years have eroded many markers. The earliest, discernable burial date (1845) is for a 14-year-old boy. How did young George Hughes die? My wild imagination leads me to dreadful possibilities such as cowpox, scarlet fever or, perhaps, a terrible wound caused by the sharp horn of an ox that may have pulled the Hughes wagon many miles to their new home in northwest Georgia. 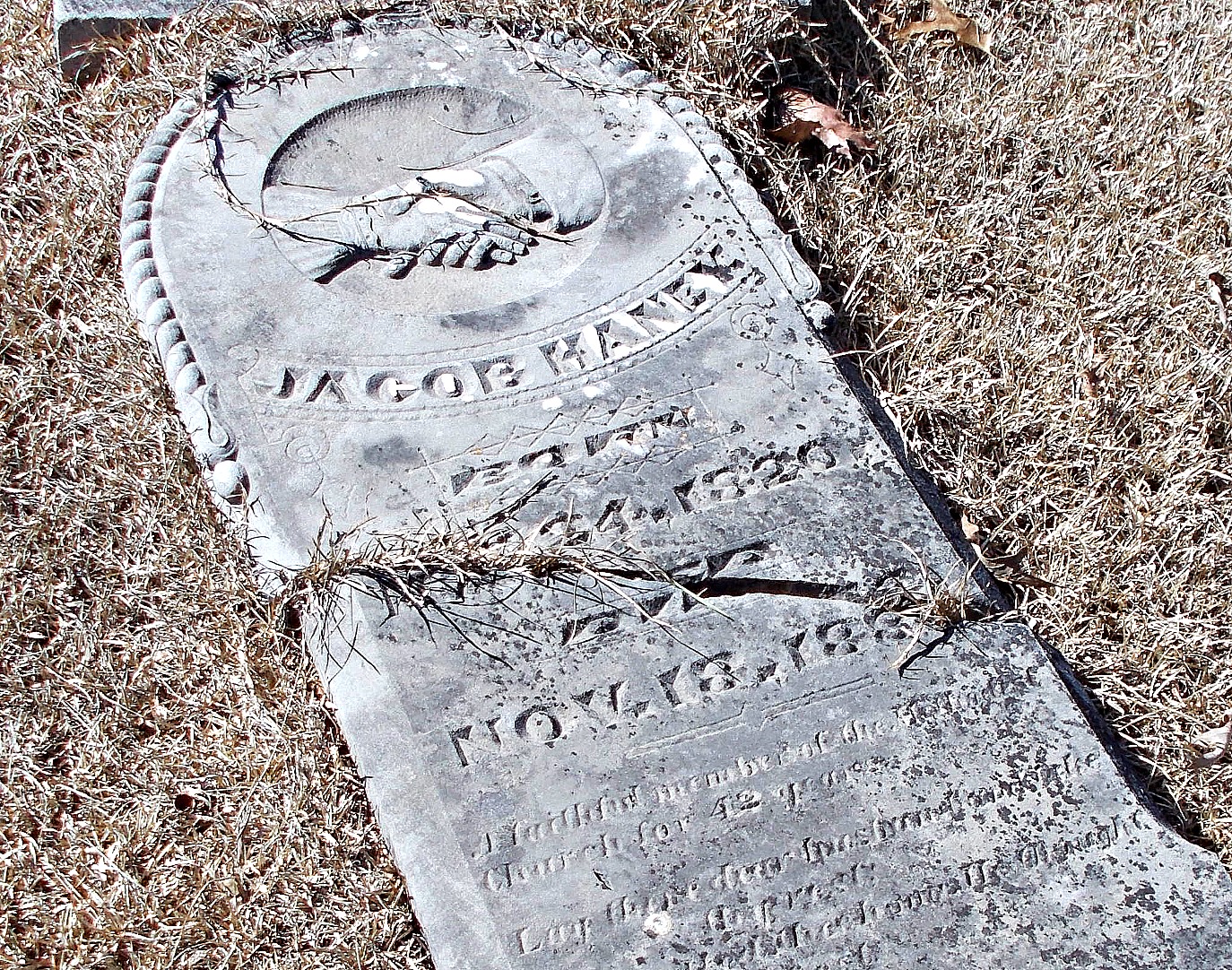 The settlement of Woodstock grew. In 1871, the multiplying congregation built a sturdy, white clapboard building at the Enon site. In 1879, the railroad came to town. The church building was relocated to an in-town spot and became First Baptist Woodstock. Back up the road, the burial ground expanded thanks to land gifts from Jacob Haney, a Methodist man. Hymns no longer floated above the graves, but those memorials retained an aura of anticipation of rising again.

Enon Cemetery contains tales of optimism and perseverance. Dr. W.H. Dean, born in 1824, graduated from the Medical College of Georgia at Augusta. He arrived in Cherokee County where he served as a Woodstock area doctor and, sometimes, as Enon's pastor. A  non-commissioned surgeon in the Civil War, he returned and gave thanks that his home remained intact. Amanda Edwards, known for her grit, rests at Enon. She lost her young husband to disease and then almost lost her little son who fell down a well, but her life did a turnaround. She married a well-respected man from Woodstock, John Edwards. John had lost his right arm in the battle for Atlanta but learned to write with his left hand to gain employment. He is beside Amanda at Enon. African-American Magnolia Thomas, a Spelman graduate, earned the admiration of everyone as she worked diligently to educate the black children in the community of the 1920s. The sun shines brightly on her grave. These are just a few of the interesting people buried at Enon. 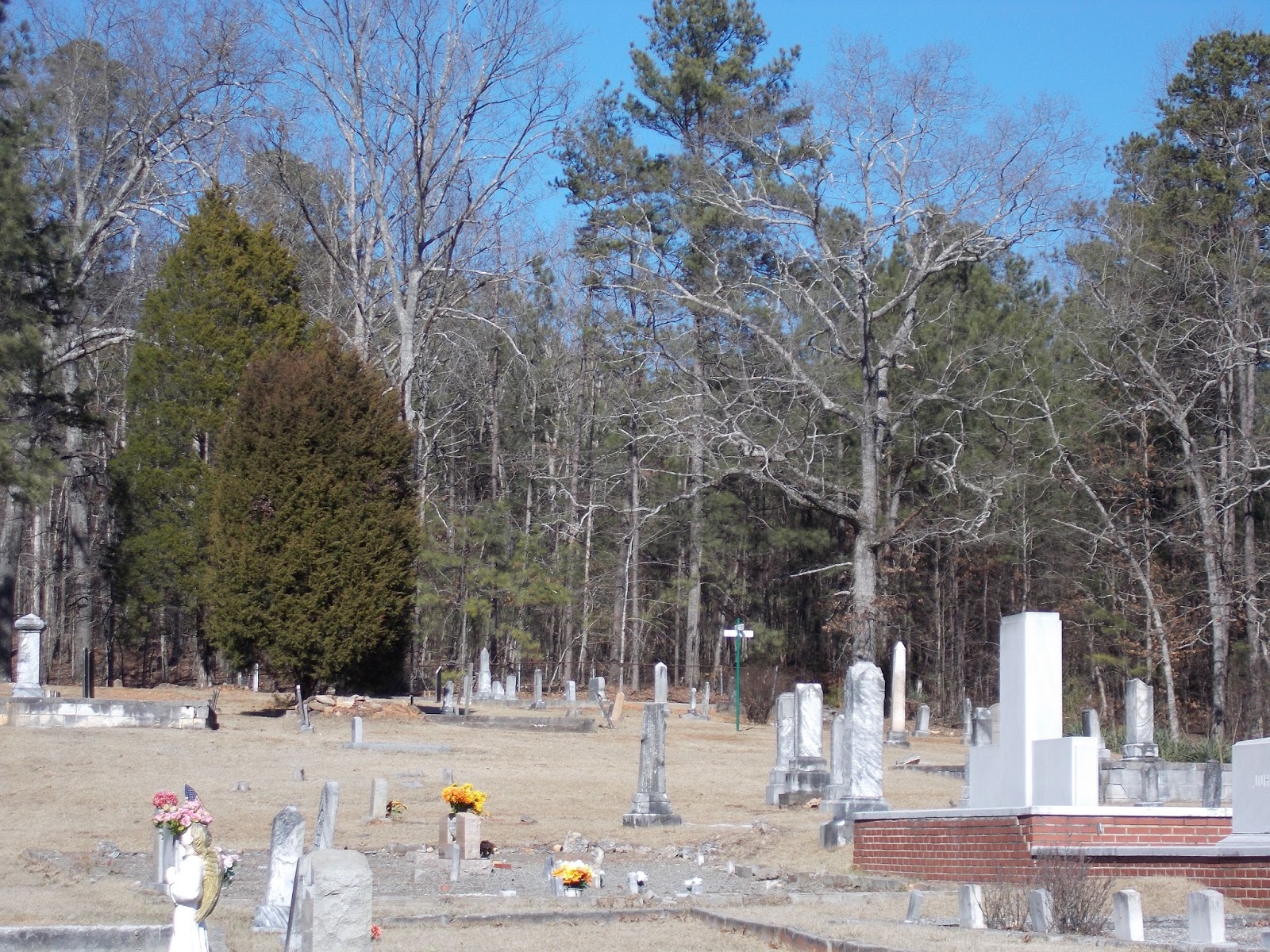 In early spring, morning sun rays wash Enon hill with light and warmth. The air smells clean. Pine needles on loblollies glisten. Although cars travel Main Street, and the nearby manufacturing plant wakes, quiet reigns. That is, until robins and thrashers perch on monuments and let loose with songs of resurrection promise. Tiny purple blooms on wild violets verify winter is over. Moss has spread, making playful green rugs in the shaded sections. Balls of mistletoe sit in a few trees like celebratory ornaments. Airy cedars point to the sky. One spring, visitors noticed a young sassafras tree with early, mitten-shaped leaves emerging. Not far from a headstone, this fledgling hardwood seemed determined to soar in height one day, in glory. As so it is with all things at Enon Cemetery.

Patti Brady is a member of Preservation Woodstock, Inc. and she is author of the contemporary Woodstock novels:  The Heart of a Child and The Power of Her Smile
Posted by Patti Brady at 12:31 PM