Part One: 1897 Reeves House--Sprucing Up an Aging Lady 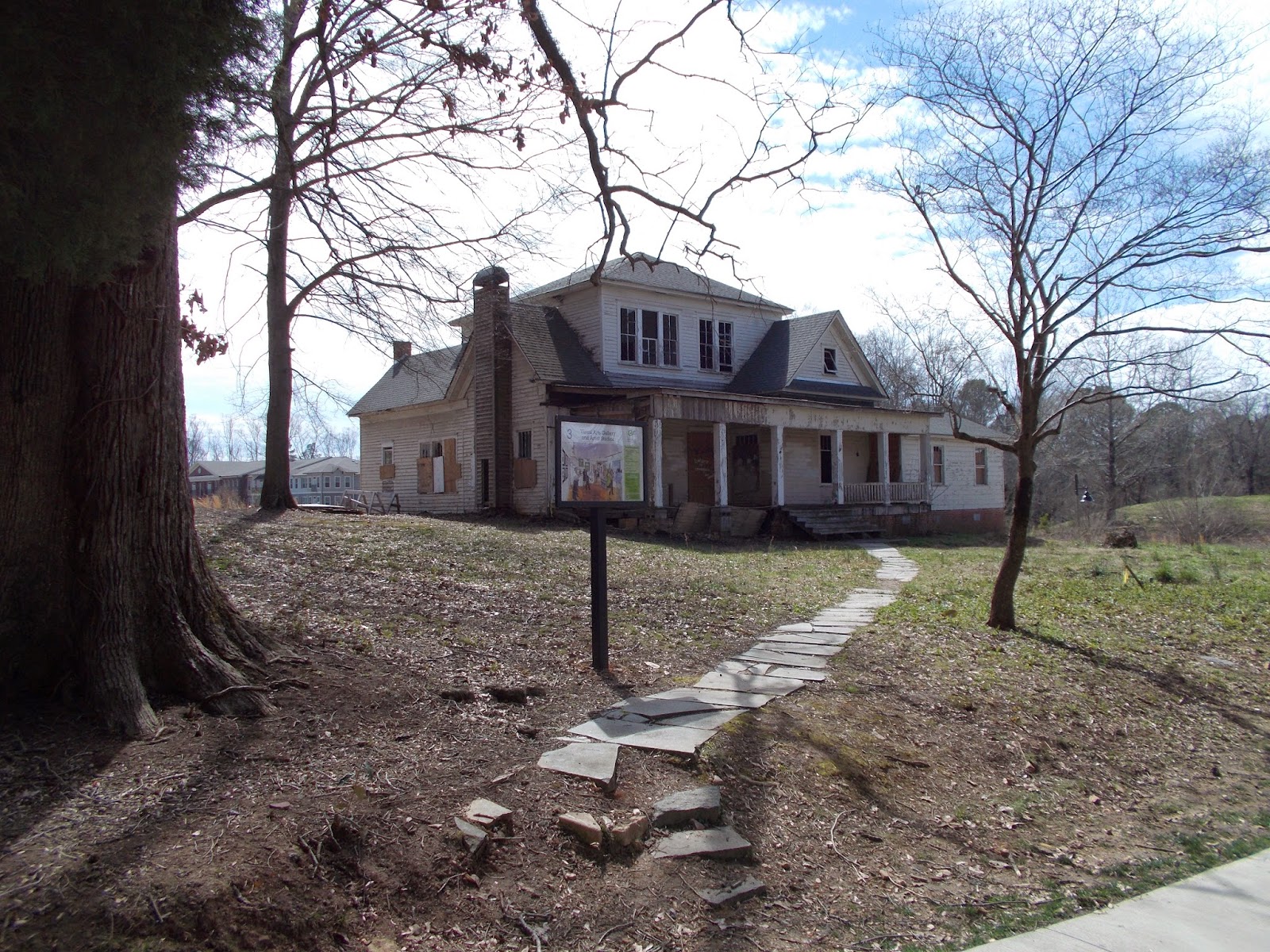 The historic Reeves house jars your brain and cranes your neck as you pass by unable to stop staring. She's a long-ago beauty, shaky and worn, in the middle of modern, revitalized downtown Woodstock. But her look is changing. On a recent day, she had some work done in time for spring. Just think of the house as your favorite, aging lady enjoying a much-needed makeover.

By the way, a community-wide capital campaign begins soon!

The growing interest in the Reeves house restoration has prompted this post. You can see my September 2014 entry if you want to be apprised of the topic. If you are feeling clueless, your present state must mean only that you are new to town or you have been temporarily blind and deaf! It is an exciting time for the city with the motto: "Her Heritage, Her Vision." How succinct. How true.

Watch for future blog posts that will provide you with the goings on at the Reeves house, and of course, I'll never close without giving you a tidbit of history concerning life during Carrie and Luther Reeves's heyday. 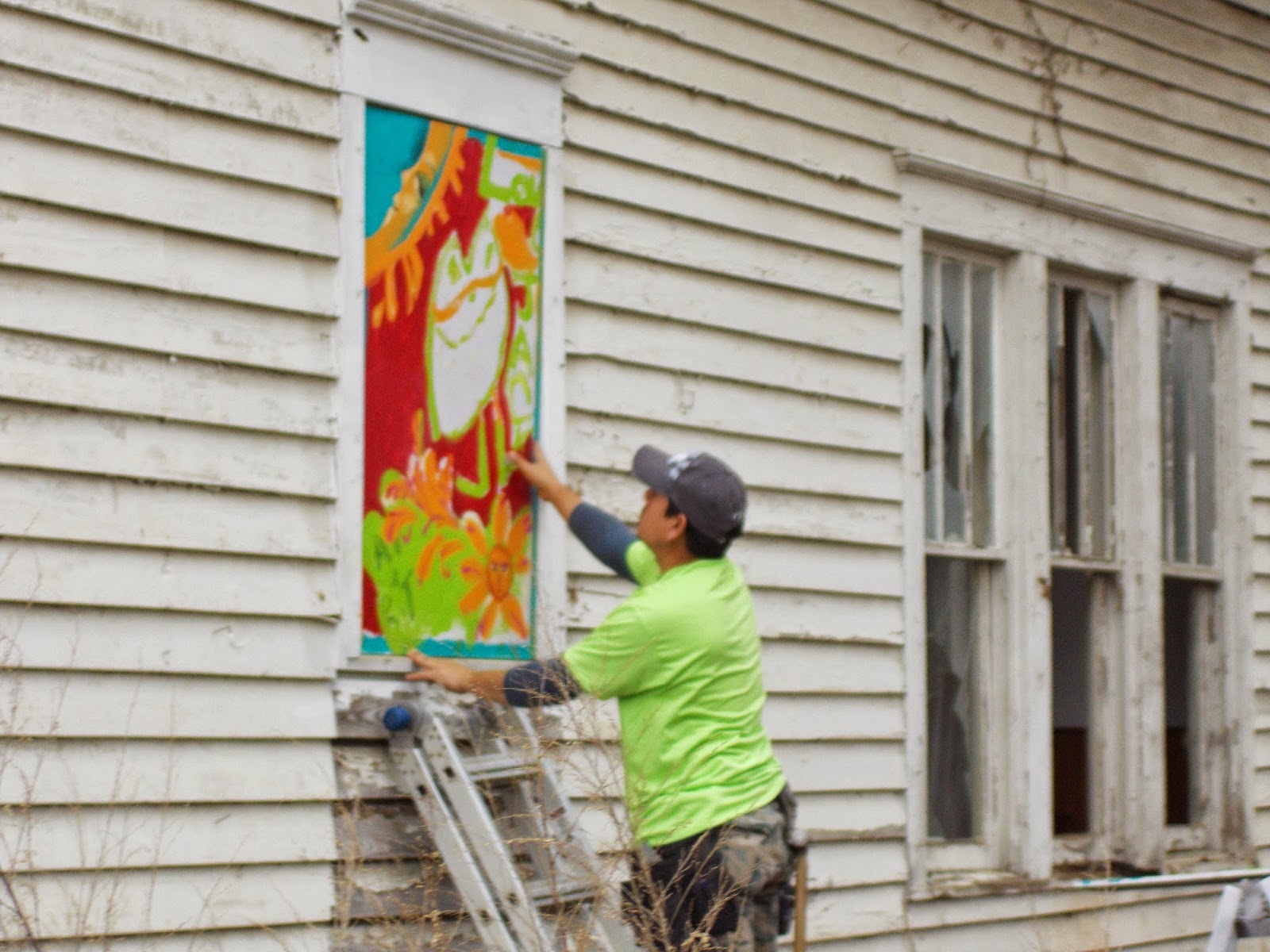 The first panel is carefully installed. 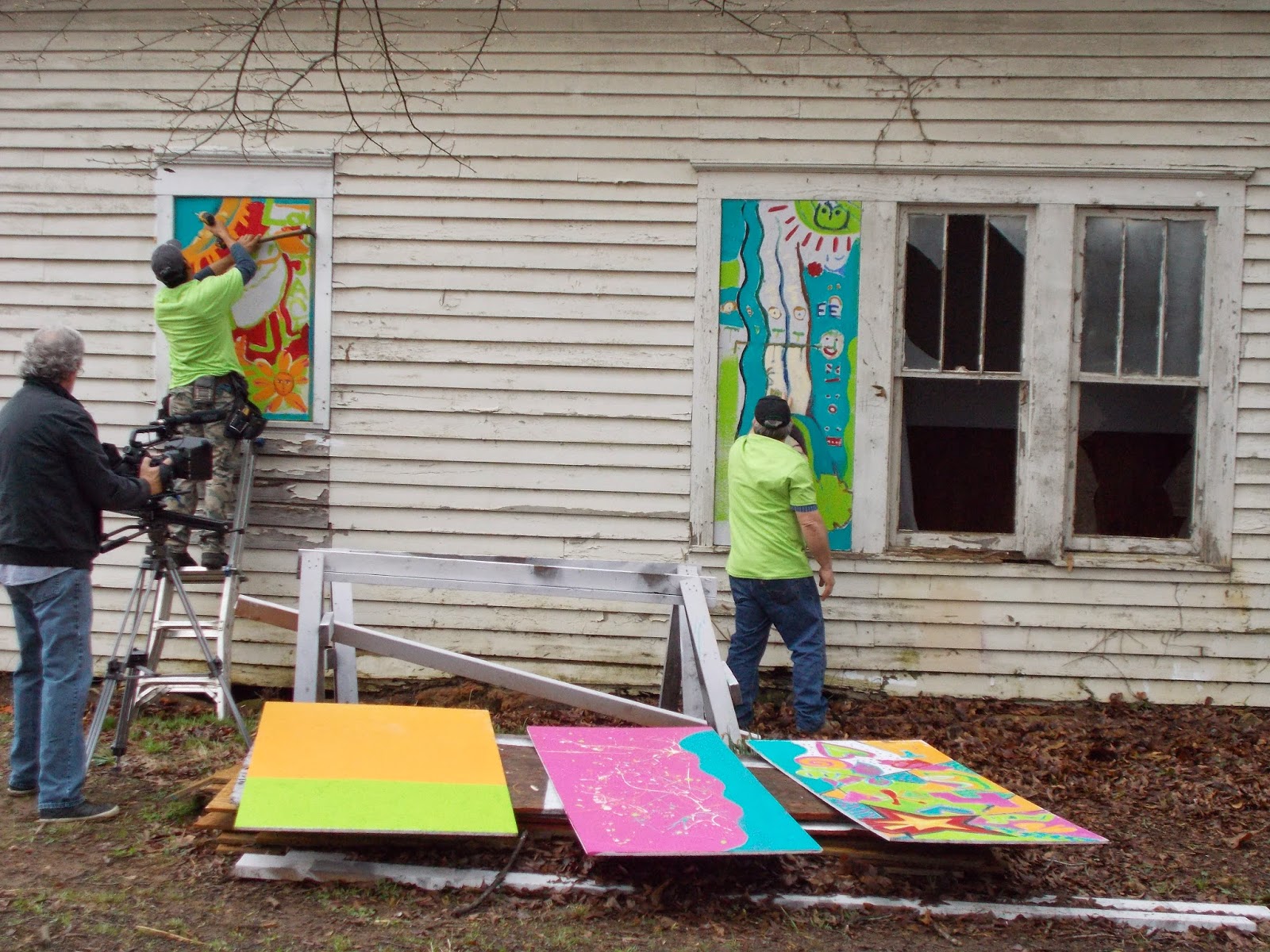 Contractor, Lane Wilson (right) and one of his crew proceed. Two panels up and about two dozen to go. . . . . . 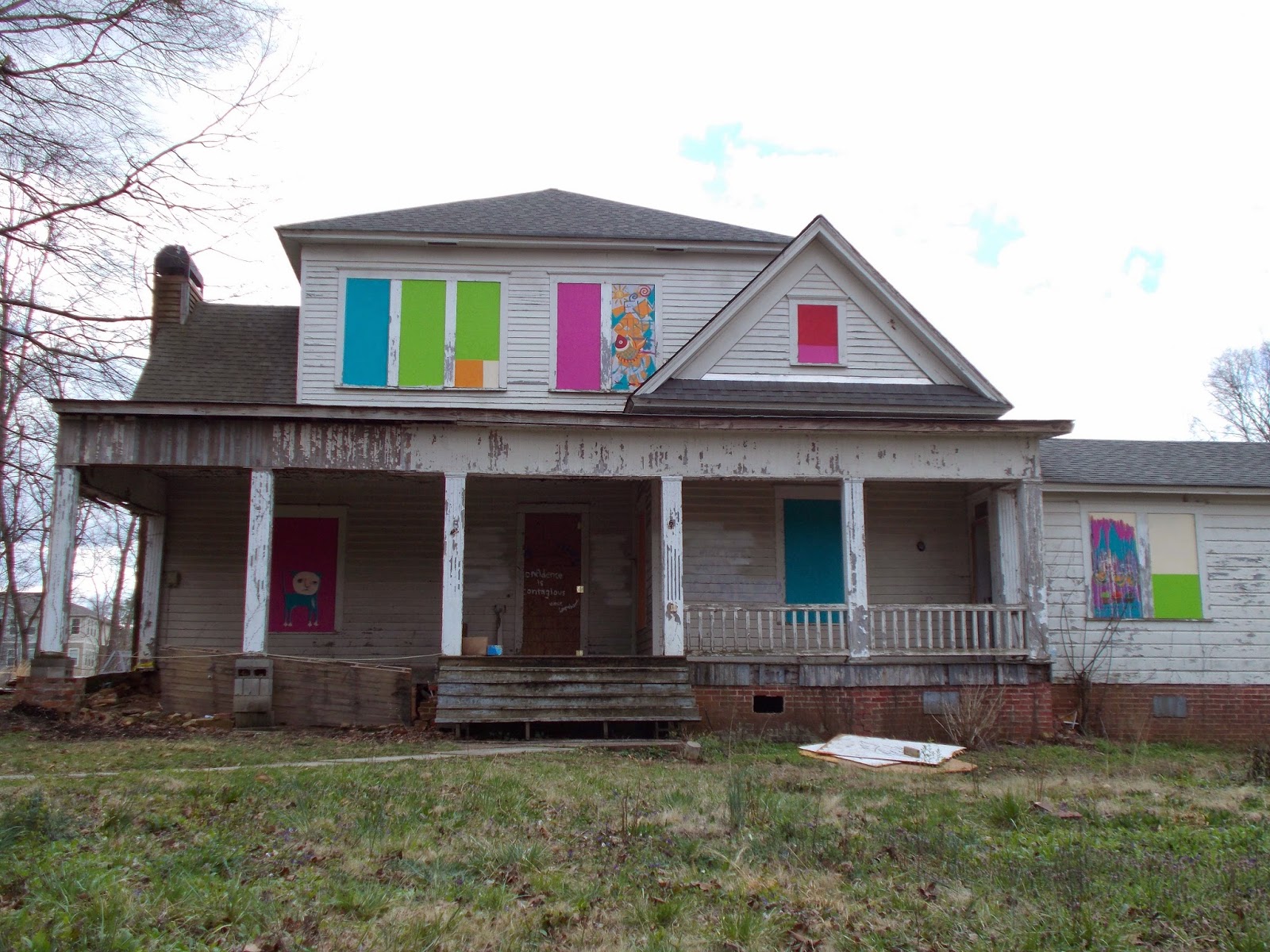 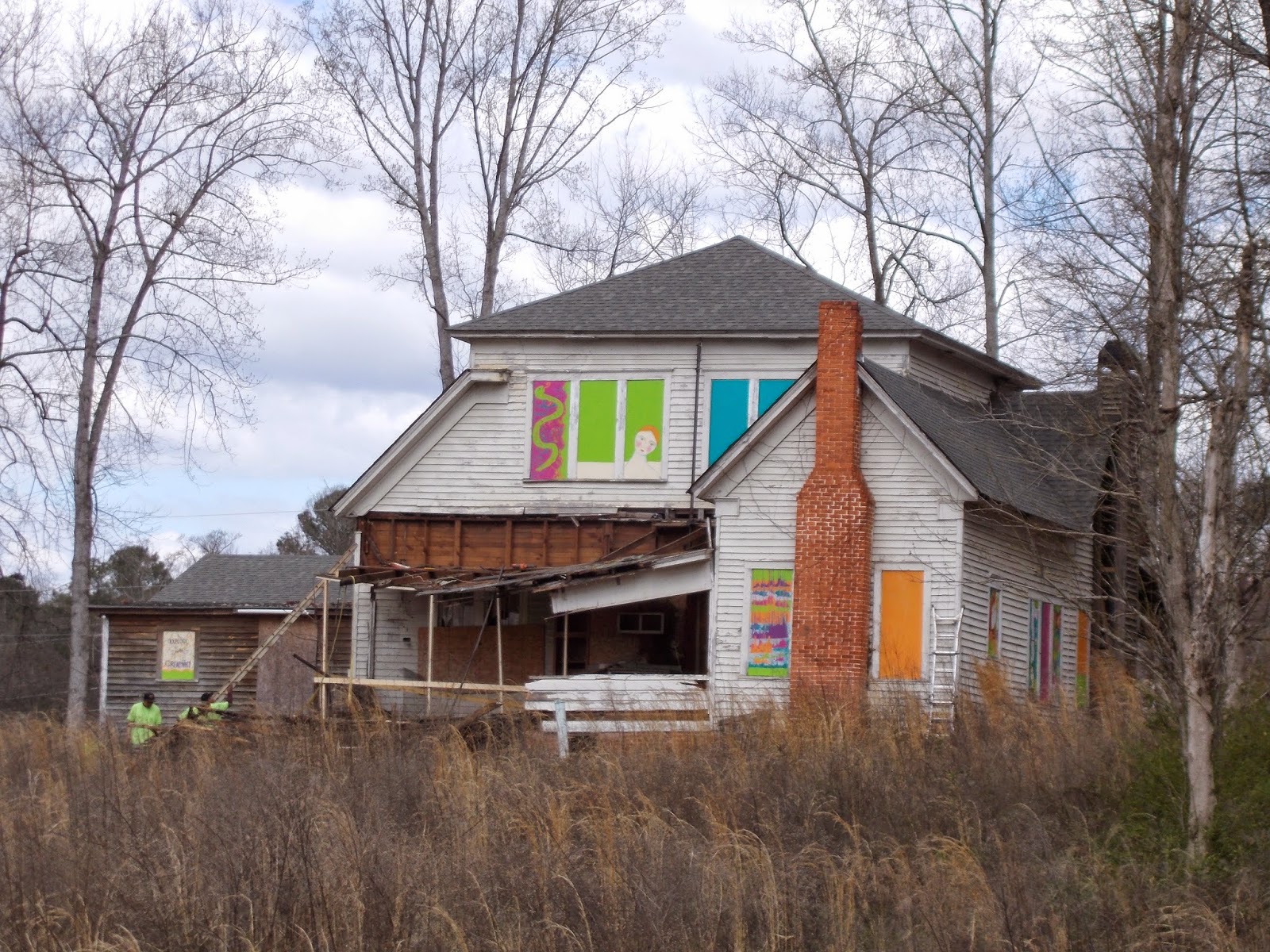 More art on the back.

Plastic Surgery:  After deliberation with architects and other interested parties, one of the first changes to the exterior is being made: removal of the rear porch. With expertise, Lane Wilson and his crew are doing the delicate surgery that will eventually allow for construction of an L-shaped addition, a classroom wing. No lumps or sags will mar our white clapboard matron. Despite the ouch factor, she'll be pleased. 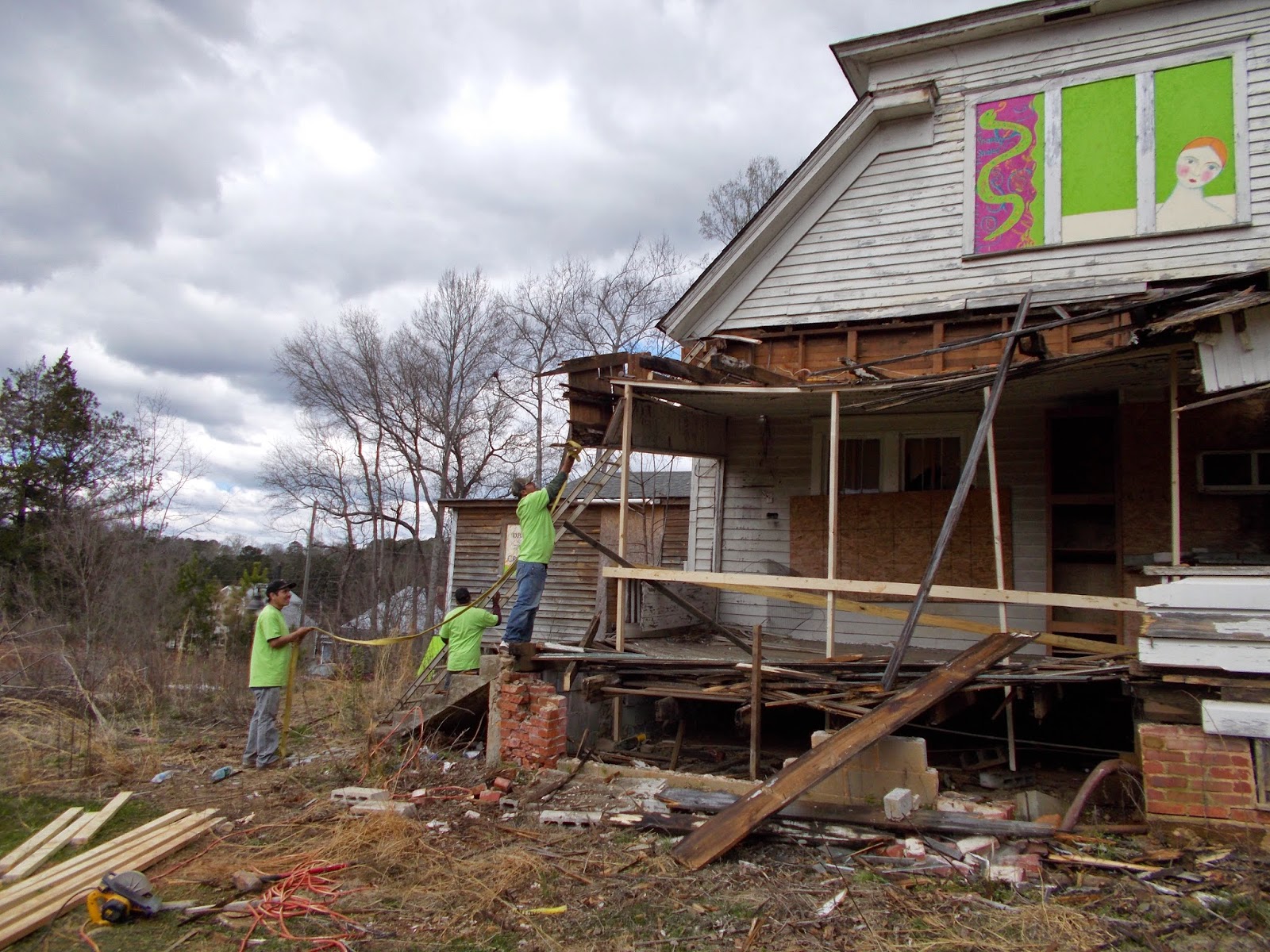 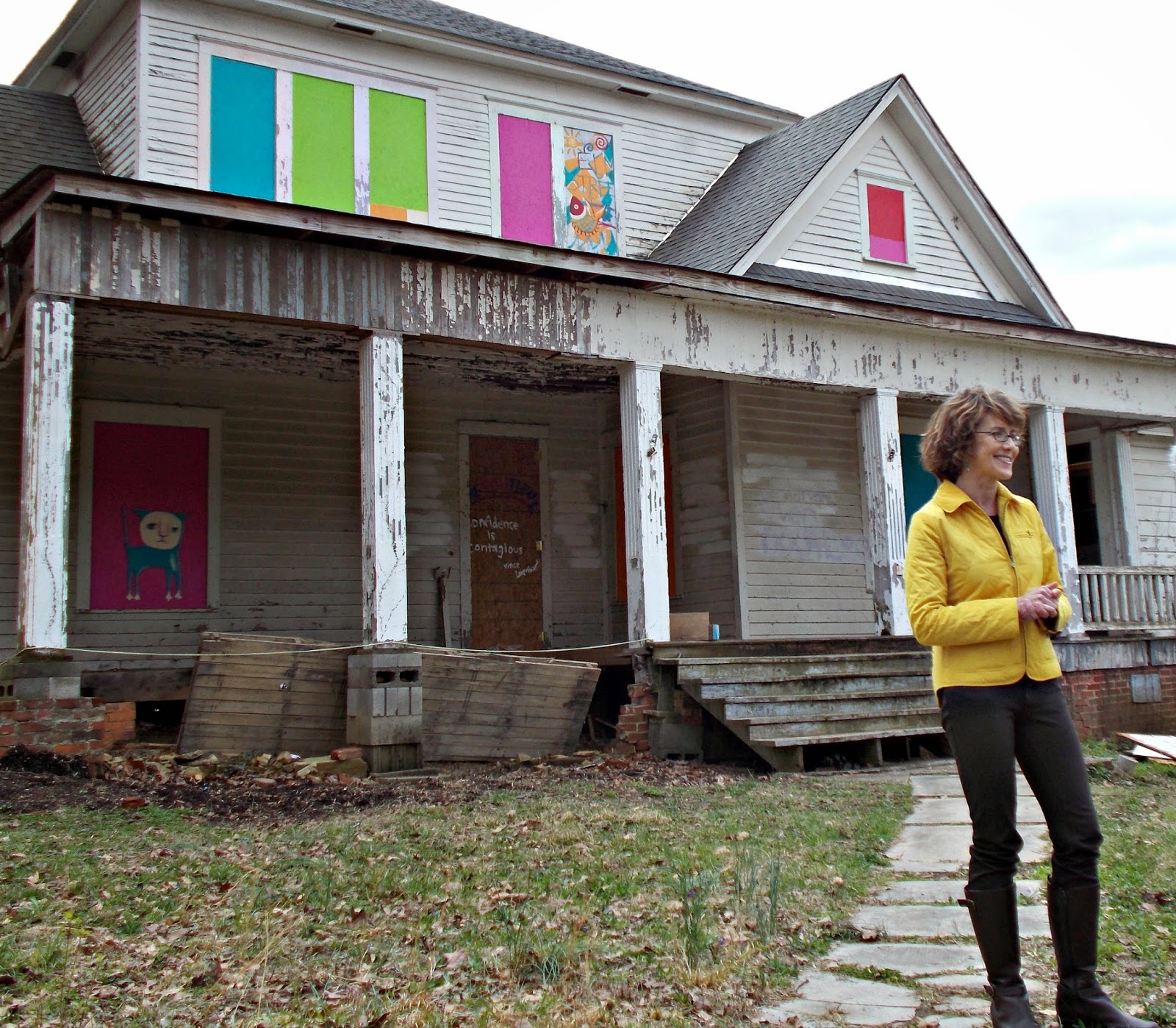 Artist Ann Litrel, a woman with vision and determination, she makes Woodstock proud as she leads the way with this restoration. 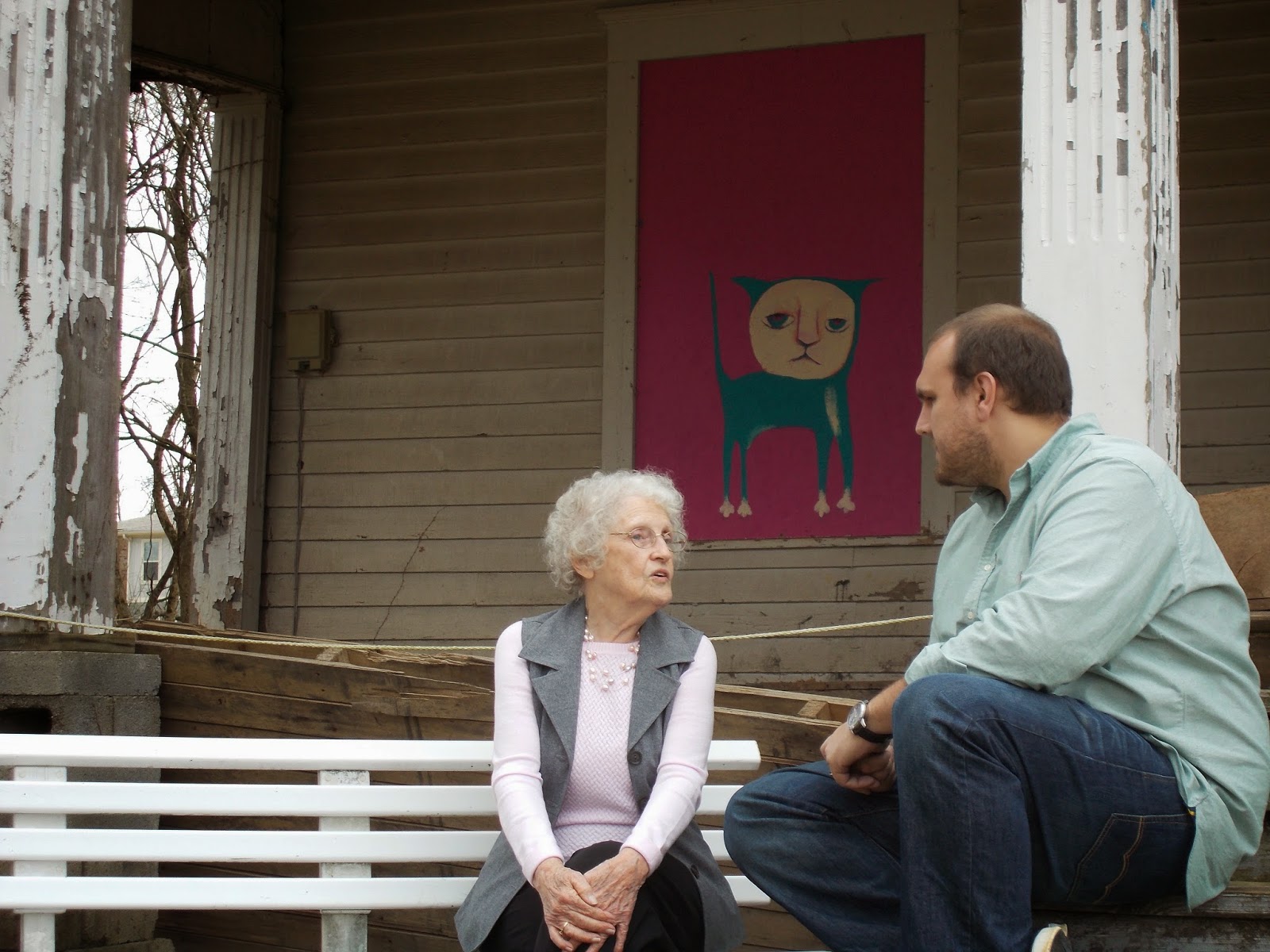 At the end of the day, Juanita Hughes (city historian), and Christopher Brazelton, (Director of Operations for Elm Street Cultural Arts) chat about the Reeves house. A zany, blue cat looks on.


History Minute: You go to the grocery store for a nice frying hen, don't you? Not Carrie Reeves at her 1897, in-town farmhouse. According to her last of eight offspring, Sam Reeves (born 1917), the chickens were not in pens but roamed the twelve acres. Don't you imagine they picked that yard and pasture clean of insects, helping every fruit tree, tomato bush and corn plant flourish? All those chickens must be why Sam Reeves said dropping your chewing gum and "picking it up and chewing it again was a real gamble." When Carrie wanted a roasting hen or two (for her family of ten) she chose birds that hadn't been laying eggs. Her selections would be set aside a few days and put on a special diet that cleaned out impurities. Then Carrie had to dispatch the birds herself and dress them. She probably didn't bat and eye. For me, I'm so glad we live in modern times.


Patti Brady is a member of Preservation Woodstock, Inc.

She is author of the contemporary Woodstock novels:

The Heart of a Child
The Power of Her Smile