A Writer's Inspiration - Living and Writing in Woodstock, GA 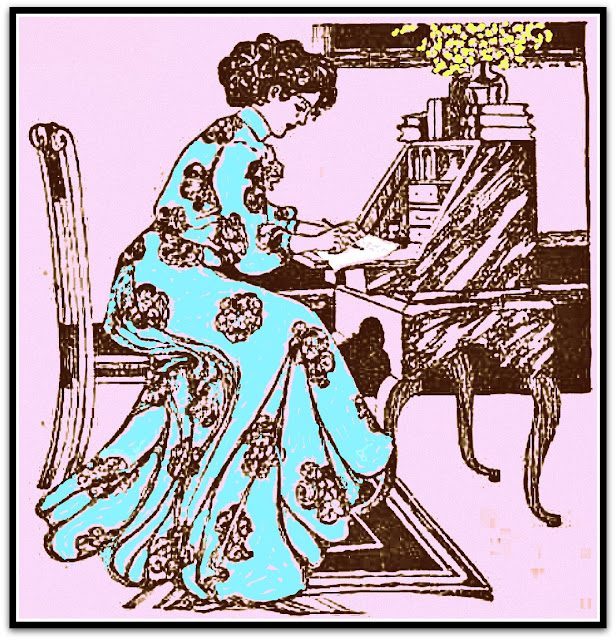 Photo of Woodstock Public Library--Our spacious library with a modern design reminiscent of a turn-of-the-century train terminal is the perfect place to meet, browse or get lost in a book. The building is centrally located and relatively new in a series of four versions popping up through time. A striking prominence with a background of poplars, oaks and sweetgums, the land was donated by a Woodstock benefactor from the Johnston family. In our city, reading has been valued since early times. The former, small population produced some scholars, mathematicians, a physicist, a doctor, businessmen,  engineers and even a statesman in Federal government to name part of the array. 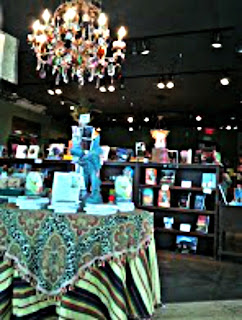 Photo of the interior of FoxTale Book Shoppe - This establishment is a favorite addition to Woodstock, starting in 2007. A constant stream of well-known authors mesmerize the audience that flocks here, even from so far away as Big Town. The serene decor will make you forget the summer heat or winter bluster outside. The owners, three women oozing individual talents, will have you laughing at one of their anecdotes or will gently guide you to a new treasure on the shelf. Don't miss this reading spot, located next to city park and the gazebo!﻿
Posted by Patti Brady at 11:37 AM