Back When School Was Different

School starts soon in Woodstock. The children will enter modern, spacious, air-conditioned structures, hardly realizing how different school was in olden times when crude schoolhouses, short on comfort, once dotted this area.

A BRIEF FICTION - I like to imagine life in old Woodstock:  It's early September. Picture circa 1900 scenery and a twelve-year-old school boy, a good kid who hopes for a future that will not include the family plow. In a rough-siding schoolhouse, he sits at a worn desk. A wasp flies in the open window and departs again. The sawing undercurrent of cicadas, outside, make it hard to do figuring on a piece of slate. Midday heat filling the drab room puts a damp sheen on his skin, and he longs for his summer swimming hole. 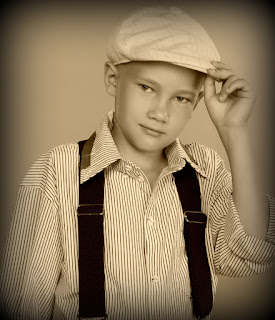 He looks up from his work, intrigued once again, by his classmate and her two long braids: their complex weaving, a clean, soapy smell coming from them and their perfection--not one hair is out of place. The braids of his sisters have never drawn the least of his attention. Using odd logic, he carefully lifts one soft braid and dips the point into the black slurry of the inkwell assigned to him. Infatuation has caused him to seek attention from her of any kind. How do I know? He is willing to suffer the unavoidable retribution coming his way--from the teacher, his mother and father, the girl's parents, and his pastor, too. Worse yet, he might be launched from the schoolhouse doorstep to land on his rump in the yard. Once in the cover of the woods, the banished boy would shed copious tears, afraid of a future without knowledge. Students of the past comprehended the worth of an education.

OBSTACLES TO AN EDUCATION - Before public education came about, parents sacrificed to save the required tuition that could lead to a future with options beside the few available in an agricultural town like Woodstock. Even after public education began, learning was out of reach for some.  In families where misfortune dominated, the children gave up schooling and hunted for menial employment. The 1910 census for our area reveals that an eight-year-old girl and older children worked at the rope mill, a practice similar to many mills of the time.

SCHOOL APPRECIATION - It's likely that most area students were fond of their schools: Bascomb School established about 1830, Hickory Flat Academy in 1838, Little River Institute before the Civil War and Woodstock Academy in 1880. After the war, schools for black children opened in the county.

In the minds of children, school attendance had additional benefits beyond learning. The schoolhouse brought friends together daily, an advantage because farm acreage put distance between them. Even better, classroom study provided a rest from chores in an era when leisure time did not exist for many farm kids. Family survival held greatest priority. Agricultural cycles determined the seasons when school was in session. During early times in the Woodstock area, the instructional period spanned three months only, according to the late Glenn Hubbard. He never forgot Bascomb School, a one-room log construction.